I had heard about the Capomulini wreck several times. Of course, among underwater legends and pseudo-truths, I had never had the opportunity to explore it personally and, for this reason, I could not even imagine it. When with my friends from the Diving Center Jonio Pro Dive I sailed along the coast that from Catania passes Aci Trezza towards Acireale, Vincenzo Campanella, almost to interpret my desire, made me understand that sooner or later the authorizations would arrive to allow us to carry out diving, being a site under archaeological protection. I strongly felt the emotion of being able to get there where the sea has jealously guarded history for more than two thousand years.

The presence of that wreck had been reported in 2009 and it was completely detected in 2016.

Among the most sought after and coveted in Italy for its extraordinary variety and longevity of the exhibits housed, it “lives” on a seabed between fifty-five and seventy meters and is characterized by the presence of hundreds of amphorae, of five different types, originally containing perhaps wine and datable to between the end of the 2nd century BC and the middle of the 1st century BC. Today, about twelve years after its discovery, it has been possible to verify that the amphorary load is clearly visible and remains intact, just like the lead elements of the anchors that have remained in the same position found in 2016. The wreck, with probable certainty, would seem to be that of a sunken and overturned ship with all the artifacts transported, probably as a result of adverse marine weather conditions. It is estimated that the ship was about twenty meters long. The amphorae, of various shapes, have become a luxuriant substrate for marine animals, and almost each of them has now become a safe den for scorpion fish, conger eels, morays, but above all lobsters. The depth of the site and the presence of current are not always ideal conditions to face it; however, when you find yourself a few tens of meters from it, it seems to be magnetically attracted to a different often indescribable dimension that manages to make you go back in time. Ah, I forgot… The authorizations arrived on time, Vincenzo communicated it to me with joy and together with him, Fabrizio, Enrica, Riccardo and Massimiliano. The Sea has offered History to our eyes and minds as only it can do. 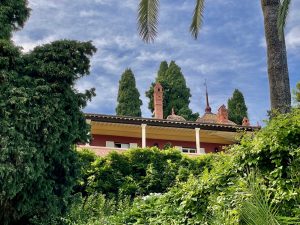 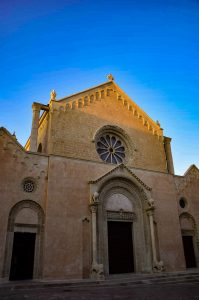